WILLEMSTAD – The government of Curaçao and investors signed an agreement for the development of Santa Martha and its surroundings in the Voyager Lounge of the Avila Beach Hotel. It is a comprehensive project by the Vogels and Van Alstede families to replace the run-down former Coral Cliff/Sunset Waters Hotel and the adjoining areas.

Robbin Vogels, General Manager of Avila Beach Hotel, and project developer Phillip van Alstede, the new owners of the area known as Coral Cliff, presented their plans to their invitees, which included prime minister Eugene Rhuggenaath, the ministers Zita Jesus-Leito (Transport, Traffic, and Spatial Planning), Steven Martina (Economic Development/Tourism), and Kenneth Gijsbertha (Finance). Vogels explained that, within 3 years, an all-inclusive hotel will be built with 200 to 300 rooms that will be managed under their leadership. This involves an investment of 100 million guilders and should eventually allow for the creation of 250 new jobs. Moreover, a second hotel will be added to the area later down the line. This is planned to result in a combined total of between 700 and 800 rooms, leading to 1000 to 1500 new jobs. The entire plan, spread over a period of 10 years, requires an investment of at least 250 million guilders.

Energetic responses
Developer Van Alstede explained that the project, in addition to the hotel with all its facilities, encompasses the construction of, among other things, a marina with water sports activities in the large inland waterways of Santa Martha, as well as outdoor recreations, such as horseback riding etc. Furthermore, the hotel will adhere to a 'from farm to fork' mindset, which means that much of the hotel’s food will be provided by local gardeners, farmers, and fishermen from Groot Santa Martha (also Soto and its surroundings).
Finally, director Will Vogels of the Lions Dive Hotel expressed his appreciation for the drive with which the government and the relevant ministries have responded to the requests for the necessary permits and regulations starting from June this year. This allows the developers to start a project on Bándabou that will be second to none in the shortest possible timeframe.

The agreement with Minister Zita Jesus-Leito was signed on behalf of the developers by Robbin Vogels and Phillip van Alstede, and was witnessed by their respective fathers, Will Vogels and Maarten van Alstede. 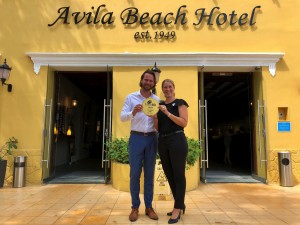 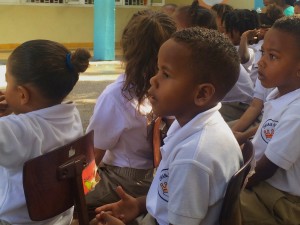 Pack for a purpose when traveling to Curacao

The Avila Beach Hotel became a member of Pack for a Purpose which...
Read more 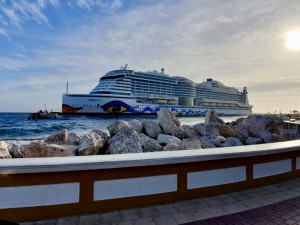 How to stay safe while visiting Curacao