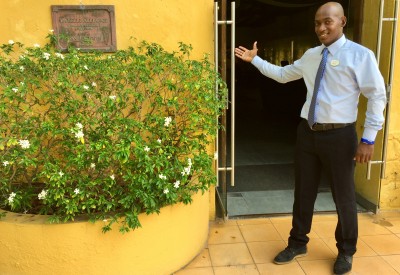 If you visited the Avila Beach Hotel after 1995 you will definitely recall our Avila family member / doorman, Renzo Benita. He is the first person to welcome you at the Avila Beach Hotel and the last one to wish you a pleasant flight back home. Almost every week Renzo is named by our guests in our so called Guest Comment Cards for excellent service. His warm and friendly personality makes every guest feel welcome and at home, instantly. 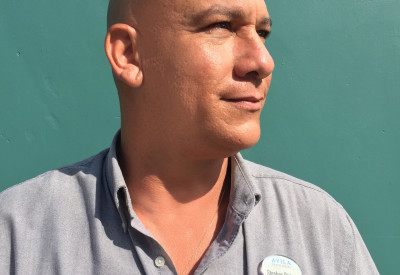 Meet Stephen Pietersz. He joined the Avila family in the most unique way. As a young boy at the age of fifteen he met Mr. Finn Nicolay (Nic) Møller in the neighborhood of the Avila Beach Hotel where he lives and sometimes made mischief. Late owner Nic Møller asked him if we wanted to do some chores at the Avila Beach Hotel to keep him off the street and also by educating him with helpful tools.

No sooner said than done Stephen was there the next morning and he still is now. He got his education and even went to follow a summer course at Cornell University in New York offered by the hotel. He and Nic Møller became as close as father and son and Stephen eventually made it to Maintenance Supervisor. We often call him “Mighty Steve” because he’s always there when you need him, also in the middle of the night, and always with a smile. 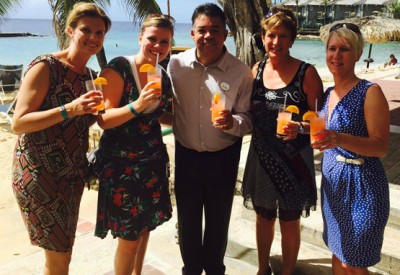 Repeat visitors recognize his laugh on a far distance. Since 1994, right after graduating from Georgia State University, Farley Hollander is part of the Avila family. He started as a Manager in the Blues Bar & Restaurant and worked himself up to Sales & Marketing Manager. He was the first Avila employee who got granted with a summer course at Cornell University in the year 2000. At the start of 2016 he was promoted to Avila's Resident Manager.

Farley Hollander has a huge heart for the hotel and its guests and combines humor with his rare gift of hospitality. He has the talent to provide excellent customer service and to exceed all expectations by letting everyone feel like a great new friend. 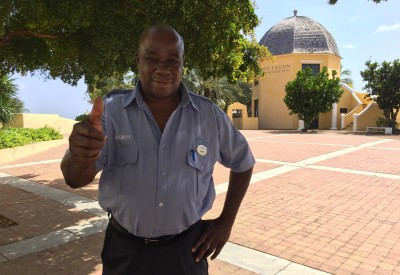 Your safety is in good hands, especially with our Security guard Rudsel who has a remarkable resemblance with the large sized Michael Clarke Duncan from The Green Mile. When you don’t notice anything out of the ordinary and you are just enjoying your day at our beach or fun filled evening, it is also because of his observant eye.

He is not afraid to ask questions, which is crucial for his position. He once asked someone who was passing through our hotel lobby for instance, what he was carrying out of the hotel. Not knowing this person was Mr. Will Vogels who soon became the new owner of the hotel ;) Rudsel is friendly but strict when necessary. He has a big heart and one can always count on him. Vigilant, flexible, low profile, respectful and a team player are ways to describe him. 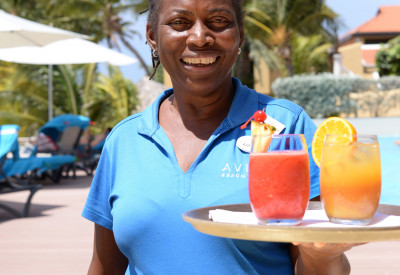 As of 2010 Aisheline is that modest quiet strength in our Food & Beverage team. She has that authentic friendliness and warm smile Curacao and the Avila Beach Hotel is famous for. Never stressed, always polite, accurate and she truly wants you to enjoy and relax during your stay.

She has great tips on how to enjoy the island as much as possible and she makes all kinds of delicious coffees. This warmhearted woman has loads of fans; there are countless hotel guests whom mention Aisheline as their all-time favorite barista/server. Not without reason! 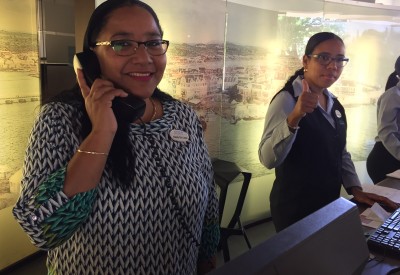 As the Front Office Manager she will ensure that our guests receive a heartwarming welcome. Sometimes, you don’t actually always see Nataly, but you can still hear her laugh. She has that contagious signature laugh that everyone who knows her (or seen her) recognizes from far instantly. Coordinating all front desk activities with her right hand Anouk Pinedoe, including calls and guests’ services, she is one of our superstars since 1999-2004 and again as of 2007.

Combine her pleasant personality with a dynamic professional attitude, managerial skills and our service minded Front Office team, and you will get a department that has won Department of the Week the most. 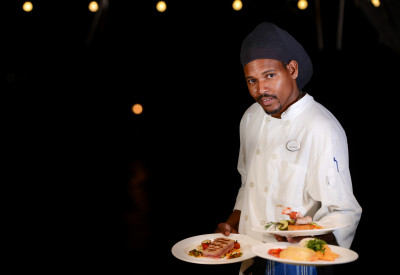 Hensley has a lot of passion for his profession. His life motto: don’t complain just cook. He always smiles, is photogenic and has that positive attitude. Hensley has also been part of the Curacao Culinary Team.

Hensley is always eager to learn and as of his employment in 2008, he has worked himself up to Chef de Partie. His growth is admirable, also due to the workshops of Dutch Michelin Chefs during Avila’s culinary event twice a year. What we can learn from him is to always keep a positive attitude. Enjoy his cooking skills at Blues Bar & Restaurant. 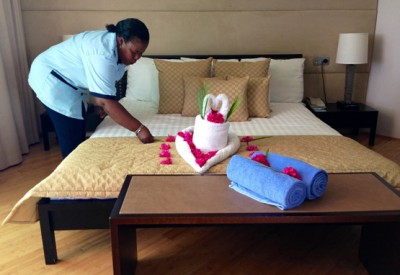 One of our superstars who is always good-humored and friendly is Pearl Anderson. She joined the Avila family in 2001 and every single day she is cleaning hotel rooms with a cheerful attitude. Pearl is famous for excellent service and spotless rooms and named by our guests in our Guest Comment Cards on a weekly basis.

She is one of the best in what she does and this has been proven by being chosen as a “Star of the Industry” by Curaçao Hospitality & Tourism Association (CHATA). Her joyfulness and friendly character makes every guest feel special and looked after, without a doubt. 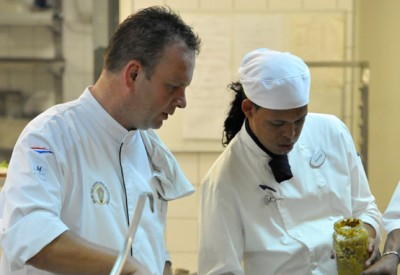 Rensley is not working at the Avila Beach Hotel anymore, but his story is still a very special one. In 2008 he joined the Avila family in the kitchen as Chef de Partie. He has been offered courses over the years so that he could develop himself. He even represented the 2012 Curacao Culinary Team in foreign countries and has been named by CHATA (Curaçao Hospitality & Tourism Association) as “Star of the Industry” in 2010. When Dutch Michelin Chef Erik Swaghoven visited the Avila Beach Hotel for Avila’s Culinary event in 2012 he also noted his talent and offered him a job at his Michelin Star restaurant Valuas in the Netherlands (Venlo). Rensley gladly grabbed his opportunity. With his qualities, talent, perseverance and positive character he achieved what he deserved. As a hotel we cannot be prouder to be able to support his talent what ultimately led to his success.