It may be hard to imagine that someone who lives in beautiful California would want to get away, but everyone needs a vacation every now and then, and the parallels between Curacao and The Golden State are sure to make Californians feel at home during their vacations. 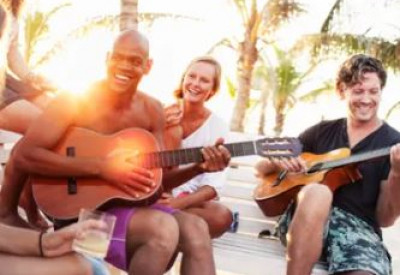 Much like the laid-back attitude of California, Curacao doesn’t get too hung up on formalities. This island destination encourages tourists to dress as comfortably as possible for the warm weather, and flip flops and sunglasses are practically the dress code on Curacao.

Do know that Curacao locals can dress up really Hollywood-fancy too for evening events such as concerts and special (dinner) events.

2. Like California, people think Curacao is all about the Beach 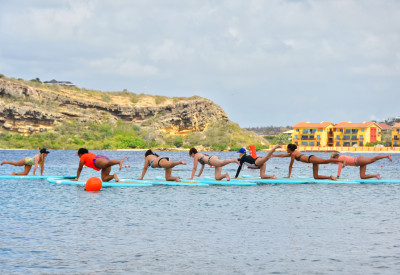 Curacao natives and Californians are both used to outsiders thinking our homes are all about the beach, but the reality is that there’s much more to each of these destinations. Since Californians know firsthand how much value can be found when they venture from the coast, they’re more likely to make the most of their time in Curacao.

Like California Curacao is also home to many National Parks. The island has the most musea than any other Caribbean island and has many things to do on or under water water than just jet skiing or diving. Also lots of off road highlights are waiting to be discovered.

3. Food Trucks are a Big Deal in both Curacao and California 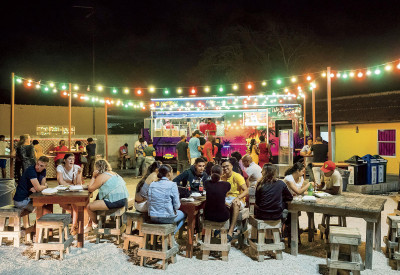 The fast and casual eating trend of food trucks has spread to both Curacao and California alike. This means that Californians will feel right at home ordering from one of these establishments while on vacation in Curacao, and they’ll be willing to branch out and try different trucks over the duration of their stay.

Do note that food trucks on Curacao open after 9 PM making it a hella good late dinner after a cozy Happy Hour.

4. Spanglish is a common form of Communication 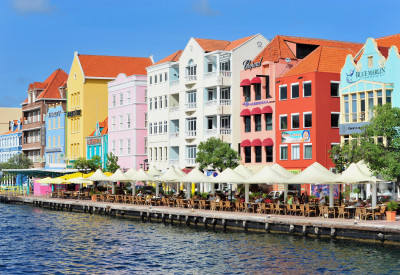 People on Curacao generally speak more than one language; four languages to be exact: Dutch, English, Spanish and the local language Papiamentu.

Much like in California, "Spanglish" is a thing on Curacao too. Curacao natives often mix words from two different languages making it a new word. Mostly with Dutch and Papiamentu, for example the "zon kimeert" (which means the sun = zon, is burning hot = kima), but we do understand some Spanglish too as Spanish and English are languages we both master too. "Pero like", Estoy full", "El parking" "¿Estás ready?", "Ver un Show" are completely understandible so natives and Californians will have no problem communicating and mingling.

This shared language may even allow visitors from California to forge friendships with Curacao natives.

5. The Climate in Curacao is similar to Southern California 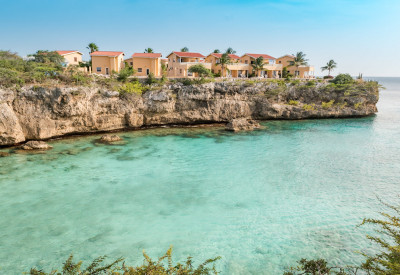 Both of these destinations know what it’s like to go for long periods of time in moderate to hot temperatures. In addition, neither SoCal nor Curacao receives much rain, let alone snow. Californians, especially Southern Californians, won’t mind the heat, and you’ll be glad to visit a destination that doesn’t deal with much rain either, otherwise the vacation could feel like a bust.

The plus side of Curacao is that there is a nice breeze which makes the heat bearable. Also, there are no wildfires or earthquakes and unlike other Caribbean islands, Curacao is outside the hurricane belt.

6. Being Vegan, Vegetarian, or Gluten Free is fine in Curacao 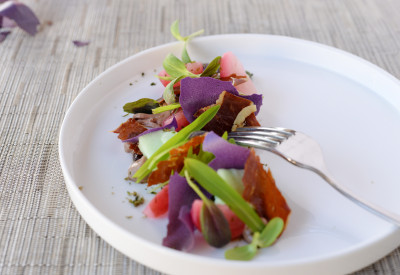 Californians are mocked for their dietary restrictions in some parts of the world, but not in Curacao. In fact, Curacao leans into this moderated lifestyle with farmer’s markets and vegan festivals, so Californians will feel right at home rather than ostracized during their trips to Curacao.

If you are urging a succulent BBQ, this is also not a problem. Curacao can be very suitable for Keto fans too.

Curacao tries to be Eco-Friendly as well 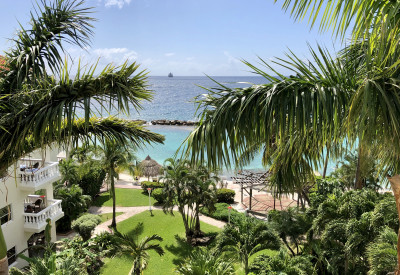 California is one of the most environmentally conscious places in the United States, and Curacao is sure not to offend those sensibilities. This means that Californians can feel good about choosing to vacation in Curacao rather than feel guilty about contributing to a culture of wastefulness. That having said; Curacao isn’t that well developed as the Land of the Milk and Honey but the island (including most hotels) sure tries too.

There are accommodations that do their very best to be Eco-Friendly (look for the Travelife Gold Award) and offer as much as local ingredients as possible when having dinner (from Farm to Fork).

8. California Driving Skills will serve you well in Curacao 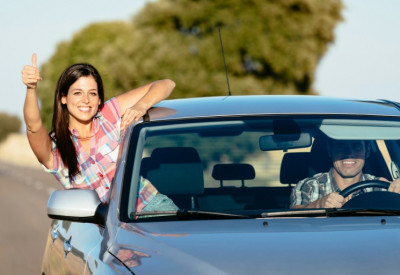 9. You may bump into a Celebrity 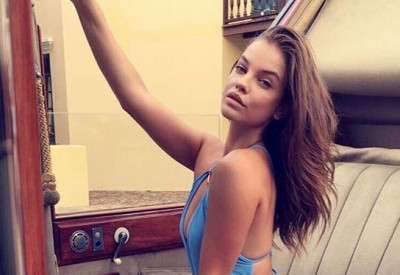 Much like in California, celebrities frequently visit the island paradise of Curacao. Luckily, Californians already know how to function in the presence of famous people, so while it may still be exciting for them to see a star on vacation, they know how to handle it tactfully.

Plus, they may get the chance to people watch as other tourists fawn over celebrities ballin’ on Curacao, which doesn’t likely happen much at home. 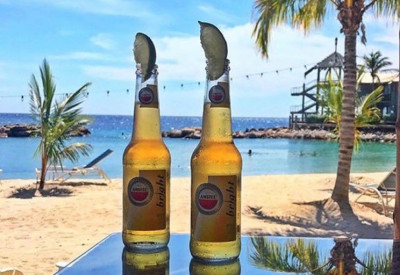 Californians love a good beer, and although they won’t be able to get their beloved Sierra Nevada Pale Ale, they’ll find a good alternative in Amstel Bright Beer. We bet that you’ll be ordering buckets of Bright on heavy rotation.

Plus, you can’t go wrong ordering the famous (and genuine) Blue Curacao Liqueur which is made in the distillery the freely accessible country house Landhuis Chobolobo.

Conclusion: Everyone is bound to love a trip to Curacao, but with so many similarities to home, Californians will especially enjoy marinating on the island paradise when they need to drop out of their own sandy beaches for a while. A little comfort of home goes a long way in making a trip more enjoyable, and that’s exactly why Californians will love Curacao. Heck, there even is a Avila Beach to make you feel extra homey. 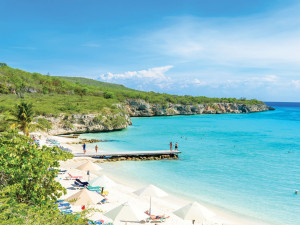 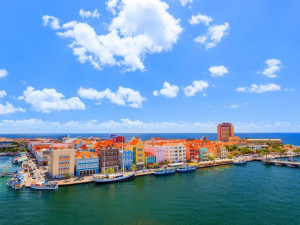 Biggest mistakes you can make when booking a hotel on Curacao

How enjoyable your vacation is, partially depends on the quality ...
Read more